It’s a leap year this 2016, so we’re getting an extra day this February!

Even with an extra day, February is still the shortest month of the calendar — but it certainly was filled to the brim! Let’s start right away with this month’s favorites. This is surely one of the best and unforgettable things that happened to me recently. I finally saw the Queen of Pop!!! Madonna’s two-day concert in Manila was highly anticipated and she surely did not disappoint her fans here! I watched on the first day (February 24)  and boy, was the concert full of surprises! And I couldn’t believe my luck that yes, I was THIS close to her, right beside her stage!!!

**You won’t believe how many photos and videos I have from the concert that I had a hard time choosing which ones I will include in this post! The concert showed her true form. It was visually appealing with all the costume changes! And Madonna’s high energy was palpable all throughout the night, with all the amazing dance moves that only someone like her can pull off! In the concert, Madonna sang a mix of her old tunes and new songs. But it was Like A Prayer, that got the whole crowd revved up, singing and dancing with her! Definitely, one of the night’s biggest hits (and my favorite too)!  Here’s a short video:

What can I say, but really, this night was one of the most amazing and wildest nights in Manila! She is one artist who has stood the test of time and who can still get the crowd up and going! She is not just the Queen of Pop, but the Queen of Evolution and Invention after all! Manila will never forget you, Madonna. YOU WERE SIMPLY INCREDIBLE!!!

But of course, Madonna’s concert wasn’t my only favorite from this month… see what else I have in TSM’s Fave Things for the month of February:

My breakfasts have been extra bright and cheery lately because of these pretty plates from Cath Kidston! Using them sets a really pleasant, cheery tone to start the day, doesn’t it?

This lovely blue one was part of a very special Valentine’s day breakfast that my kids surprised me with. (They cooked my favorite Ricotta Banana Pancakes! 🙂 ) And any day becomes better when using them. I treat them as my morning’s lucky charm! I am so obsessed with pretty plates that I use them not just when I have guests at home but even when I am eating alone (as it makes my food more delicious, I think!)

Cath Kidston’s store is definitely one of the prettiest stores we have in Manila. From plates to mugs, bags to clothes, and everything else in between (both for kids and the young ones at heart!), there surely is something pretty for everybody. It’s the store perfect for all the girly girls out there! This is seriously one delicious fried chicken, probably the best I’ve had in a long time. The secret comes from the buttermilk coating that was used to fry it with.  It comes to the table fresh, hot and yes, crispy with homestyle gravy and equally hot and crispy cornbread doughnuts, all lying underneath those ridiculously scrumptious fried chicken! Try it now and I know you will thank me later! Trish Panlilio of Nawwty’s Kitchen is one of my favorite go-to suppliers for delicious platters in town. I’ve ordered from her a number of times before and have tried more than half her menu already, but this was the very first time I tried her Coq Au Vin, or her chicken cooked in red wine. It’s hard to find this kind of dish that satisfies, as most I have tried were quite disappointing. But when I finally got to try her version, I knew I have found the one! It was rich, hearty and flavorful but not overwhelming. In fact, you would think that it’s a very simple dish to make — chicken, mushrooms and red wine — which is really that. But what I think makes this version interestingly good is Trish’s well-guarded “secret,” which of course she won’t share with me!

What are your favorite things this month? Share them here with me! I would love to hear from you at the comments section below!

To find out what was included in January’s TSM FAVE THINGS, click here. 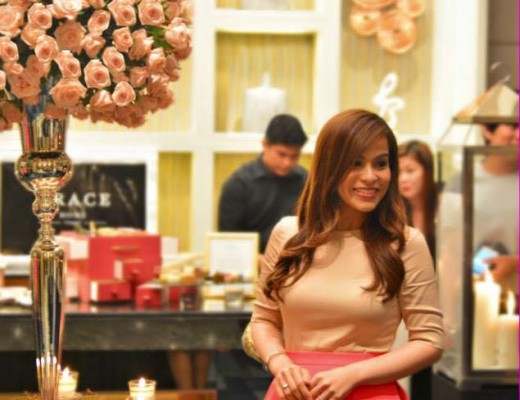 My Grace Home Journey, So Far The World Premiere of the Smartest Oven : The Miele Dialog Oven (Part 2 of 2) My Top 10 Finds in Landers