The City of Bergen and the Fjords (Norway, Part 1) After more than 24 hours of flying in between four different airports, we finally arrived in our first destination in Norway, the city of Bergen. Here is a melting-pot of cultures and Norway’s most international and second most-populous city. It is home to a historic and colorful row of Hanseatic commercial buildings called Bryggen (Norwegian for wharf), a UNESCO World Heritage site. On our first morning, we enjoyed a typical Norwegian breakfast buffet: smoked salmon, Norwegian cheeses, mackerel with tomato sauce, pickled herring, and organic scrambled eggs. As most of us probably know, Norway is home to the best and freshest salmon in the world, so smoked salmon is quite a normal fare here. On the side was a tube of kaviar, as the country is also a big producer of such “condiment,” which is an expensive delicacy for us living in the other parts of the world.

Norway in a Nutshell

On our first day’s itinerary, we were to head to Voss, a beautiful city filled with snowy mountain tops, valleys, forests, rivers, waterfalls and lakes. We were supposed to reach this place via the Bergen Railway, which is just a few minutes from our hotel. But, because I was still jet lagged that first day, we actually missed our train by a minute! (So you can just imagine the kind of “beating” I had that morning from my kiddos, lol! 🙂 )

So what did we end up doing? We had to scramble and look for a private van to take us instead! Well, what a happy accident I say! From the van, the view turned out to be much better than what we had imagined it to be! We headed straight to the port of Gudvangen, known as the narrowest fjord in the world. Despite its size, it is big enough for most of the ships cruising this area. This is the usual starting point for ferries that provide fjord tours. And this was also where we had our first sighting of a snow-capped mountain — a site which got us all giddy with excitement! So from this port, we took a ferry and boarded the cruise Norway in a Nutshell, a special and customised tour of Norway’s breathtaking fjord and mountain scenery. (Yes, I highly recommend you book this tour!)

The tour took us along magnificent fjords, which is a must when you are visiting Norway! One of the most beautiful fjords we saw was the Nærøyfjord (Norway’s longest and deepest fjord and also a part of the UNESCO World Heritage List). During the cruise, the ferry also took a slight turn to see the charming little town of Undredal. This fjord village, tucked in between Flåm and Gudvangen, is home to only 100 people and 500 goats! 🙂

This is where you will find the best Norwegian brown-colored goat’s cheese, called Gietost. This little town is also famous for its stave church, the smallest in Northern Europe. The church still has its original interiors with paintings on the walls and ceiling, circa 1147. As part of the tour, we also went aboard the the Flåm Railway where the view just got even better! The train ride took us from Flåm to Myrdal, and it was on this train ride that we saw one of the strongest waterfalls in Norway! And this same train ride gave us our first snowfall! Our stay in Bergen was at the Clarion Collection Hotel No.13, a small boutique hotel for travellers, located right in the center of the city. It has a pretty restaurant on the ground floor with hip and modern interiors, stained glass ceiling, black and white tile floors, and still with a casual laid-back vibe. The meals we’ve had here were always good! The hotel is located near the pier and across is the gorgeous wharf, the World Heritage Site of Bryggen. Bryggen is a medieval wharf packed with history and tradition. It was in 1979 when Bryggen was included on UNESCO’s World Heritage List, because of the town’s importance as part of the Hanseatic League’s trading empire from the 14th to the mid-16th century.

Here, I also discovered many artisan boutiques and traditional restaurants, where we enjoyed shopping and dining! We walked the streets of Bergen at night and took in the richness of the city. It is truly one of Norway’s most beautiful cities.

However, if you plan to head this way, know that it rains here 300 days out of 365 days in a year! So you must always be ready for rainfall! And this is exactly what happened to us here; it rained several times during the day and night! But what a tiny price to pay for a such a lovely and colorful encounter.

Stay tuned for the next installments of our Arctic Adventure in Norway! What’s In My Travel Makeup Bag? When In Italy- Inside the World’s Number 1 : Osteria Francescana 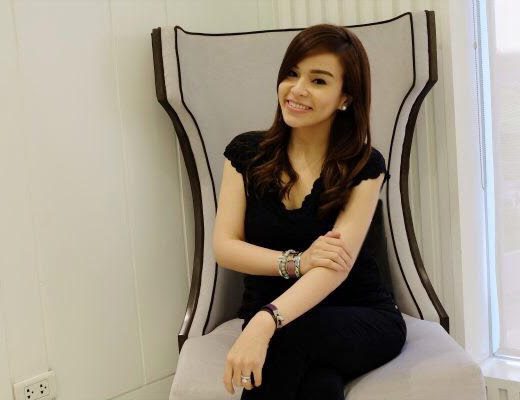 The Gold Standard in Facials